What do roses really smell of? 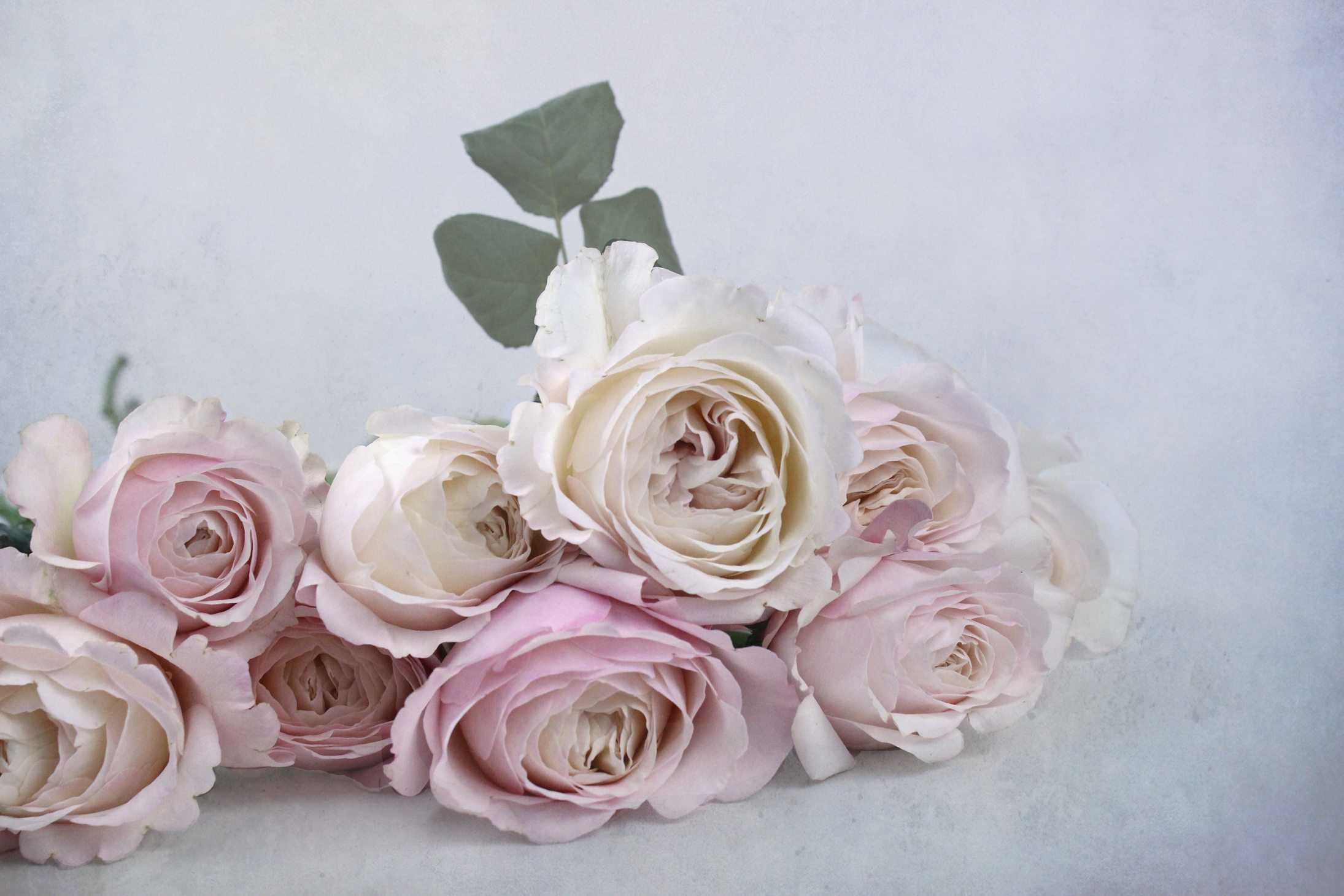 Believe it or not, not all roses smell the same. Only very sensitive noses can sense the difference between a rose in full bloom and a rose that’s still a bud or between a Bulgarian and a Damask rose. You will be surprised to find out the variety of smells roses can have, largely a result of breeding during last century, there are now many exciting and fresh smells.

So what do roses really smell of?

The spectrum of rose aromas is very large: It varies from delightful to frankly, unpleasant (like ‘Rose Foetida’ – a sharp, boxwoods-like smell). Also, there are many roses that smell of green tea, honey, vine, moss, fruit, or like other flower species.

Until the middle of the 20th century, appearance was the key variable roses were bred for. A turning point in the creation of fragrant roses was the work of David Austin, it is he who brought smell back to roses. His roses are known for a variety of gourmet scents!

Roses with an unusual aroma were bred both to win awards and for the perfume industry. Thankfully with roses, it isn’t uncommon to see great fragrance come together with a charming appearance.

The smell that majority of people associate with roses belongs to an ancient Damask rose, that also happens to be the most fragrant among all rose species. The smell of a Damask rose is recognised as the standard in the fragrance industry, though the scent of roses in your garden will most likely be totally different.

The second place for a classical smell goes to the modern English rose ‘Gertrude Jekyll’. Petals of this rose are often used in the production of essential oils for fragrances due to the richness of their smell. The rose has a powerful smell, but scent descriptions vary from sweet to a traditional damask rose essence.

The classical rose scent is often being supplemented by other notes. For example, in the case of ‘Munstead Wood’, ‘Grand Siesle’, ‘Lady of Megginch’ the rich smell of rose oil is complemented by berry notes. Another common note in a rose fragrance is clover.

The smell of rose oil is not for everyone, it seems to many to be old-fashioned. But roses with a fruity smell are liked by all without an exception because it is the most “delicious” aroma of roses.

In old varieties, the main rose oil flavour is often supplemented with notes of lemon or orange, ‘Bourbon roses’ smell of raspberries and nectarines, and modern varieties can combine a bouquet of the most unimaginable fruit shades – from melon to banana.

Ancient Bourbon Mme. Isaac Pereire smells like raspberries, it is one of the most fragrant roses, such that even jams and syrups are cooked from its petals.

Lemon notes can be found in ‘Yves Piaget’ selection ‘Meilland’ and the ‘Delbar Chartreuse de Parme’ (both in lilac-pink tones).

Sweet aromas of apricots and peaches are often present in roses of respective colours. In particular, The Rose ‘Liv Tyler’ has a rich aroma of ripe apricots.

The climbing rose ‘Filipes Kiftsgate’ smells of vanilla and bananas, a blooming bush fills the air with a fragrance around itself, although the individual flowers have a weak smell. Another “banana” rose is ‘Summer Song’ by David Austin, which has a strong mixed scent with hints of chrysanthemum leaves, ripe bananas and tea.

Tea is a complex, multi-faceted smell. Everyone has heard of a tea rose, but what does it actually smell of? It’s hard to describe, it’s a sweet smell with tonnes of nasturtium, nutmeg and fruit. ‘Gloire de Dijon’, ‘Jayne Austin’, ‘Pegasus’, ‘Molineux’, ‘Young Lucidas’, ‘Port Sunlight’, and many other yellow and cream roses are known for their tea fragrances.

The fragrance is called musk due to it bearing some resemblance to the smell of real musk. It is a sweet spicy smell resembling meadow honey, with fruity notes. Unlike other rose fragrances, the aroma of musk is not produced by petals, but by stamens of a flower.

Usually rose smells don’t spread far, requiring one to bend over for a wif. But the air around roses with musky aroma is filled with their aroma and it can even be felt at a distance.

A number of roses are called musk roses. These are ‘rose Moschata’, ‘rose Multiflora’, ‘rose Phoenecia’, ‘rose Nastarana’, ‘rose Mulliganii’, ‘rose Sempervirens’ and ‘rose Arvensis’. The most fragrant varieties –‘Pax’, ‘Felicia’, ‘Buff Beauty’, ‘Cornelia’, ‘Daphne and Vanity’, they are able to fill the whole garden with a fragrance.

There are many roses with hints of spicy aromas. Rose ‘Soeur Emmanuelle’ has an unusual aroma of spicy herbs – a mixture of anise, basil, fennel and lavender.

-Anise
Anise notes are present in the fragrance of ‘Madame Figaro’, which is characterised by a very long and abundant flowering.

-Clover
Many roses smell of cloves. Usually, the clover essence is mixed with the aroma of rose oil.

-Myrrh
The smell of myrrh is almost exclusively found in the David Austin varieties. It is a sweet spicy aroma, reminiscent of anise. This note first appeared in ‘Constance Spry’ and ‘Heritage roses’. The most fragrant varieties with the scent of myrrh – ‘St. Cecilia’, ‘Perdita’, received the prize for the fragrance, ‘Chaucer’, ‘Fair Bianca’, ‘Troilus’.

This is unusual for roses, a little coniferous, resinous aroma is characteristic of moss roses, very popular in the Victorian era. The peduncle and sepals of this rose are covered with a set of hairs reminiscent of moss (hence the name). those little hairs give off a smell of moss. To feel it, you need to rub the flower with your fingers. Most moss roses bloom once, but there is also a re-flowering variety of Perpetual White Moss.

So as you can see a rose can have a range of smells: fruity, spicy, mossy and tea. Much like their appearance their smells can be charming and wondrous, so next time you’re thinking of buying some roses don’t forget to consider the scent.

If you want to know more about rose smell check out below articles:
The smell of roses 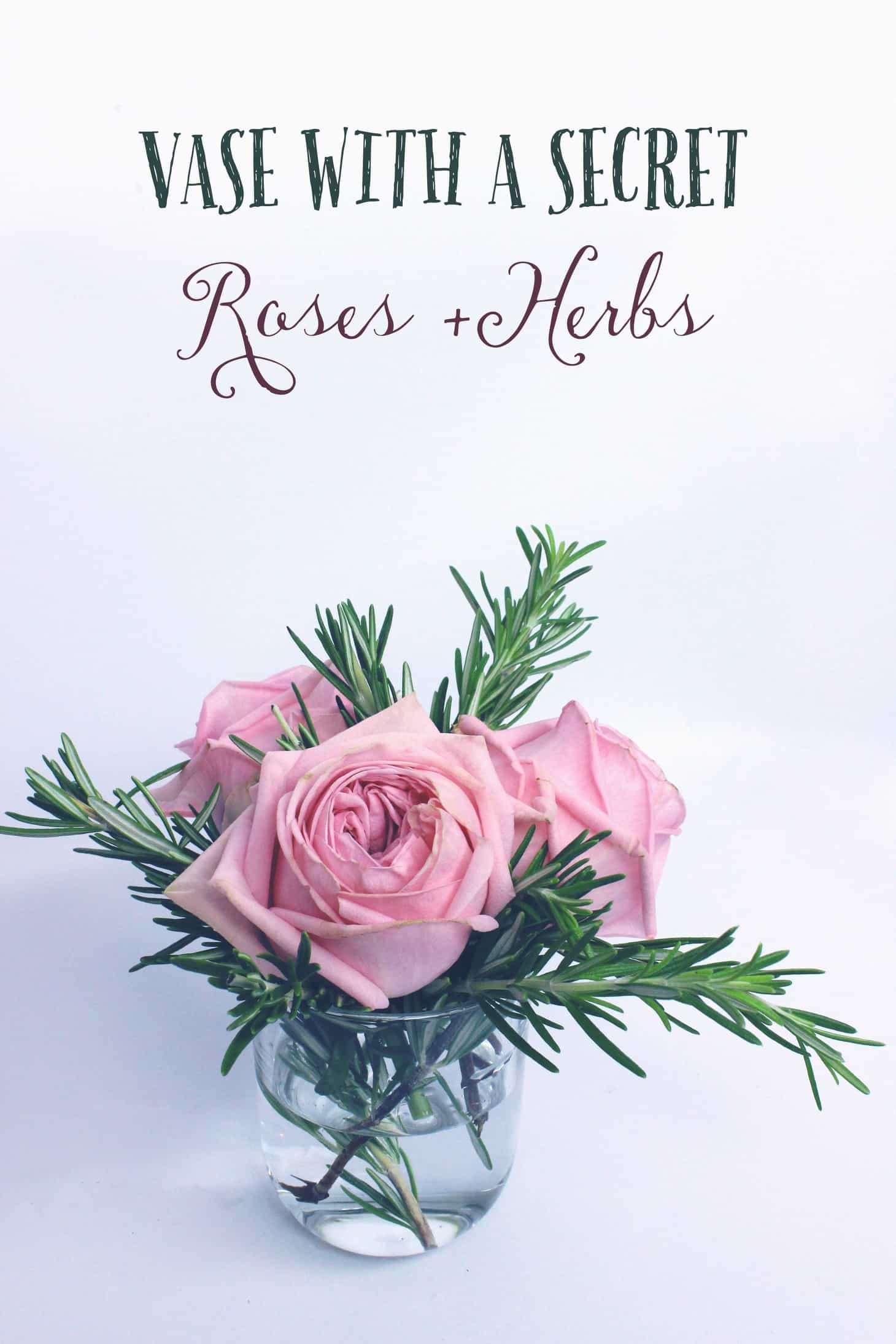 Vase with a secret + flowers and herbs 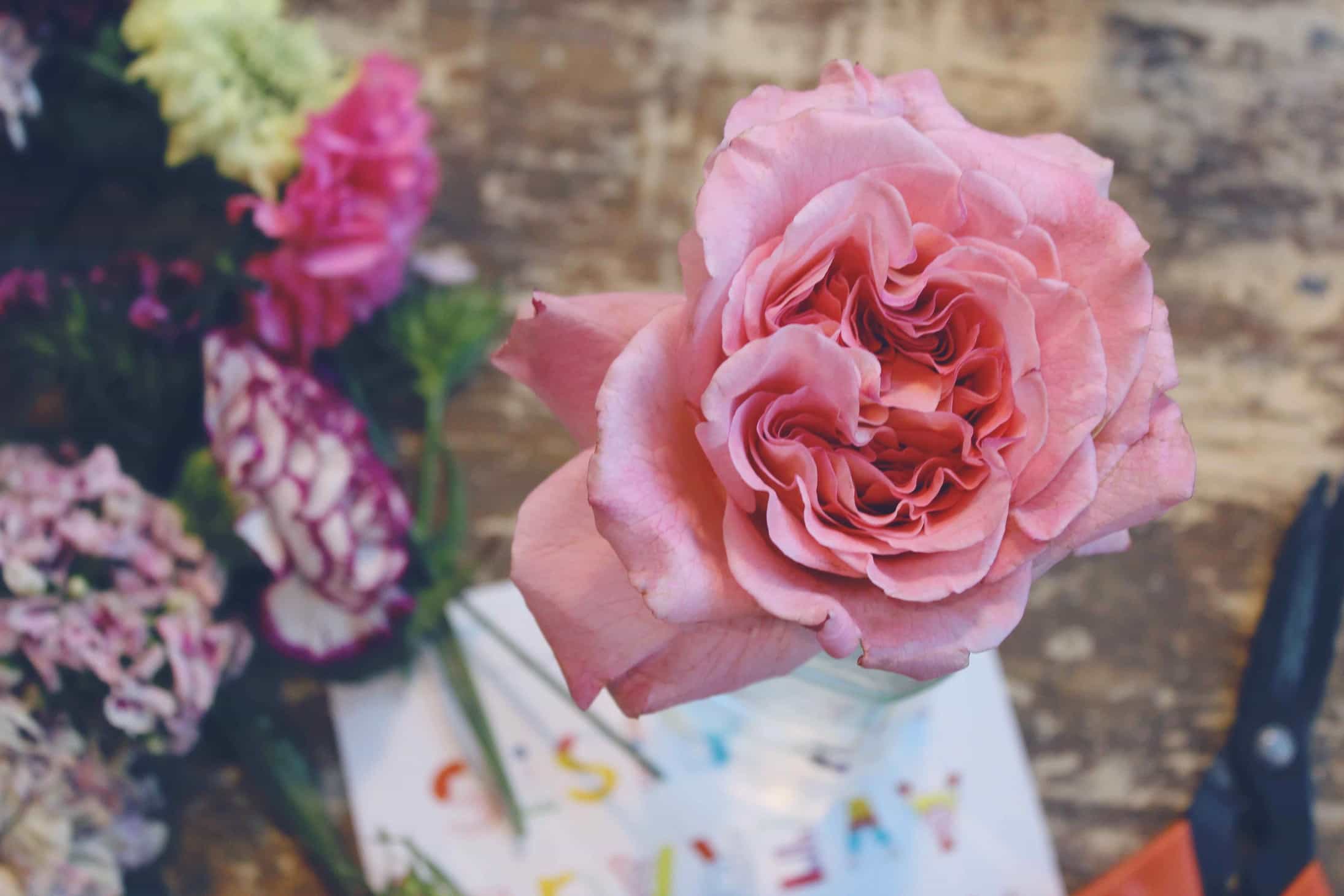