10 Fascinating Facts About Roses That Will Simply Astonish You 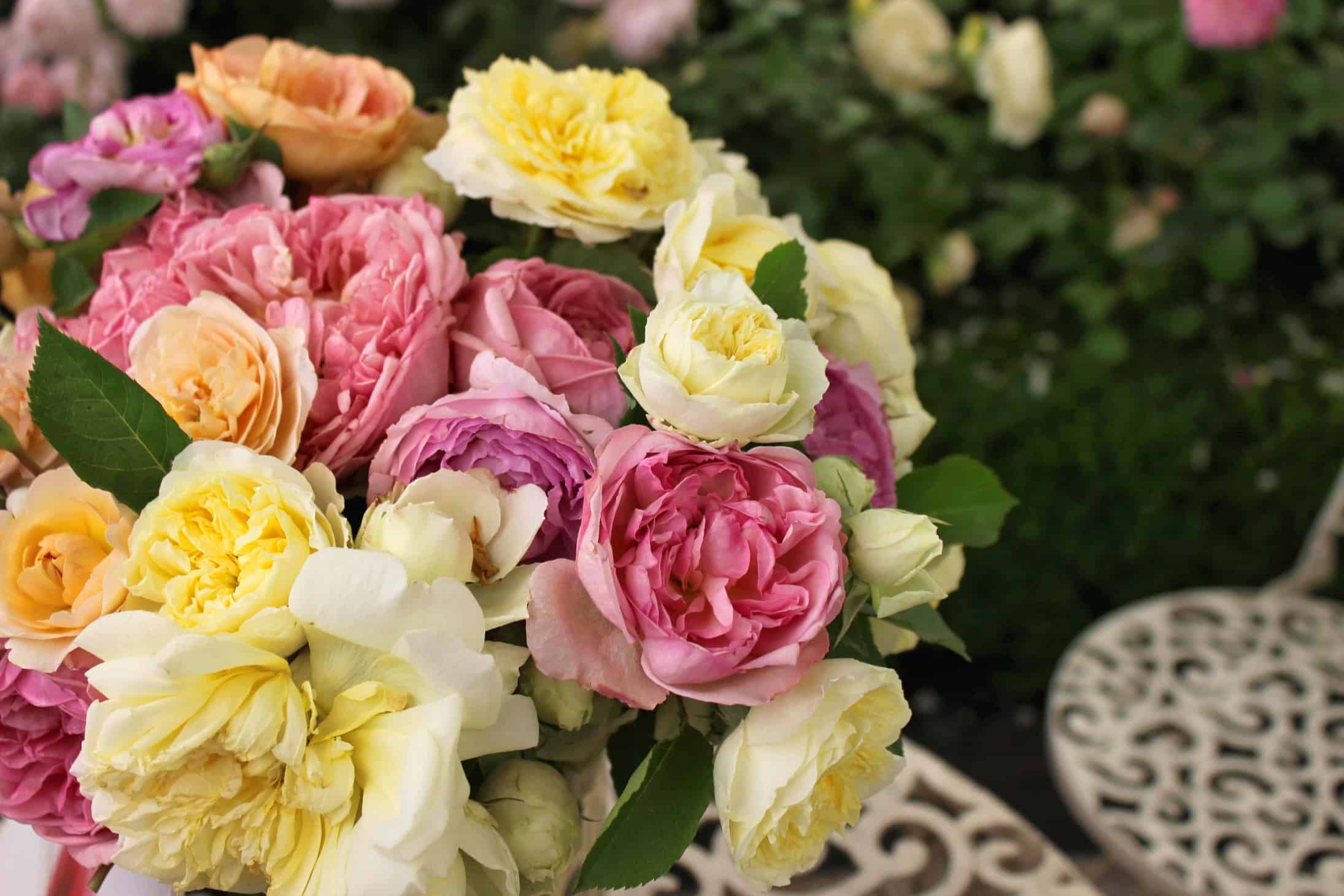 More than a Valentine’s day cliche, roses are the most loved flower in the world and with good reason, these flowers are astonishingly versatile. They come in a stunning array of shapes, sizes and shades, making them a favourite in yards and gardens around the world. Whats more Roses are edible frequently enjoyed by the ancient Romans and Egyptians. Keep reading if you’d like to learn more fascinating facts about this astonishing bloom.

1. Roses Are One of the Oldest Flowers

Archaeologists have discovered rose fossils that date back as far as 35 million years.

According to the Guinness Book of World Records, roses are the oldest species of plant to be grown as decoration. The rose (genus Rosa, family Rosaceae) is the oldest species of plant cultivated and used for decorative purposes. Documents dated to AD 50 suggest that ancient Romans grew the flowers in vast plantations and local hothouses to ensure a year-round supply of medicinal extracts, cooking ingredients and ornamentation. Ancient Romans used roses to decorate buildings, furniture and people, whilst petals were laid to create rose carpets and walkways.

There is evidence dating back 5,000 years when the Chinese and Japanese created rose gardens, although it is not known if these were for ornamental reasons. Similarly, Theophrastus (382-287 BC) wrote about the cultivation of roses in ancient Greece, but not their purpose.

2. Roses can live for a very long time

Even more shocking, the oldest living rose is 1,000 years old. It grows on the wall of the Cathedral of Hildesheim in Germany and its presence is documented since A.D. 815. According to the legend, the rosebush symbolizes the prosperity of the city of Hildesheim; as long as it flourishes, Hildesheim will not decline. In 1945 allied bombers destroyed the cathedral, yet the bush survived. Its roots remained intact beneath the debris, and soon the bush was growing strong again.

3. You Can Eat Roses

While it is true that most people add roses to the garden for their looks alone, roses have a long history of being used as food and medicine. Roses are classified as “herbs” and as such are recognized as useful plants. Their petals are edible and rose water (made from soaking the petals in water) is often added to jellies or jams or used as an added flavour in Indian and Chinese dishes.

Keep in mind, if you are using roses as food, that they should be chemical-free. Don’t use roses that have been sprayed with pesticide or any other chemicals, also don’t use cut roses from s flower shop or supermarket because they have been grown with many chemicals. Growing your own roses is the best way to ensure that you have good roses for your medicine cabinet, table, or any other use.

4. Rosehips of some rose species are known to be full of vitamin C

Roses also grow a berry-shaped fruit commonly referred to as ‘rose hips’. The fruit can be orange, red, dark purple, or even black. Rose hips are packed with vitamin C and can be dried to create a refreshing tea. This is why rosehips are sometimes used to create jam, jelly & marmalade. The hip also has minor medicinal uses, used in food supplements and can be pressed or filtered to make rose hip syrup.

5. Their Fragrance is Used to make Perfumes

We all know the saying: Stop and smell the roses. Well, roses weren’t chosen for this phrase by chance; their lovely aroma is a popular floral scent and is even used in many perfumes.

Specifically, rose oil has been an important ingredient in the perfume industry for centuries. The process of extracting rose oil from flowers requires a huge amount of roses; just one gram of oil is produced from two thousand roses. The rose scent comes from microscopic perfume glands on the petals.

I was astonished to learn that the Rose Valley in Bulgaria produces 85% of the world’s rose oil.

The rose scent is one of the flower’s most treasured characteristics. Greeks and Romans made perfume from roses, and to this day, their scent is an important element in many of the world’s best and most successful perfume blends. Centifolia and damask roses are the most common choices used to make perfume. The petals are gathered at night as they are at their most fragrant just before sunrise. The essential oils are extracted and used to mix other ingredients in order to make perfume.

Rosewater is a by-product of the process that makes rose oil. Rosewater is used in perfumes and also in cosmetics, as a flavouring, and in medicines. It is also used in Middle Eastern cuisine, also referred to as ‘rose syrup’, the French use it as a flavouring. The rose-flavoured liquid is added to desserts, meringue, marshmallows, and drinks for a distinctive taste.

6. Each Rose Colour Has a Different Meaning

Everyone knows that roses have long been a symbol of love, but the colour choice also plays a role in what a rose symbolises. Also it is important to emphasise that meanings can vary in different cultures.

The following rose colours in the western world are commonly associated with the following meanings:

7. There is no such thing as black rose or blue rose

Sorry to disappoint, but there is no such thing as ‘black’ roses. What might sometimes be referred to as a black rose is actually a dark red rose. A good example is “The Black Rose of Turkey”, is a breed that appears pitch-black to the eye, but in actuality it is a dark reddish-crimson colour.

True-blue pigments don’t occur naturally in Roses. There are lots of good purples among the old roses and hundreds of excellent mauves and lilacs were introduced in the 1950s and 1960s (think of Sterling Silver, Lavender Dream and Lilac Charm) as the unexpected result of breeding for vigour. Rhapsody in Blue, a vigorous shrub with smoky-purple flowers, is one of the most popular of modern roses, but it’s not the sort of blue we’re looking for.

The truth is that the only way to get clear blues into our roses is by doing a bit of genetic modification in the lab. This is something that many people disapprove of, conveniently forgetting that the History of all plant-breeding is basically a history of genetic improvement. In 2004, researchers used genetic modification to create roses that contain the blue pigment delphinidin, but such roses still are better described as mauves and lilacs not blue.

8. The Rose is the US National Flower

On November 20, 1986, President Ronald Reagan officially made the rose the national flower emblem of the United States. He did this while standing in the famous White House Rose Garden.

9. George Washington and Abraham Lincoln, are connected to roses, both directly and indirectly.

George Washington was the first rose breeder in the United States, and he even named a variety after his mother, Mary Washington.

General Washington served two terms as President, from 1789-1797, and then gratefully returned to his plantation, Mount Vernon, to finally become the horticulturist he had always wanted to be. Back in Virginia, he polished his home, built a gorgeous greenhouse, and oversaw planting food and other crops. Washington had an affinity for planting what he called ‘Pleasure Gardens.’ These had flowers of every colour and roses that were available at the time. He planted native roses, Old Blush, Eglantine, and Damask roses. At the time, the petals and hips were used for food, plate garnishes, and prized rosewater. According to President Reagan’s proclamation, George hybridized a rose and named it after his mother, the ‘Mary Washington’ rose, a noisette which is still available today.

In 1865, the Moreau-Robert Nursery of Angers, France, introduced a new rose in honour of the fallen American president. They called it ”Souvenir du President Lincoln”, surprisingly it is still grown and available. It is very full, quartered bloom with an amazing fragrance. It gets huge, arching canes and sprays blossoms all over like a giant magenta fountain. It is a very hardy rose, repeats well all season long, and is a lasting tribute to Honest Abe.

And then, there is the widely-available rose hybridized by Swim and Weeks known as ‘‘Mister Lincoln”. It is a tall hybrid tea with long stems and a big bloom. The flowers are a deep, patriotic red and have so much fragrance that one can smell them from across the garden.

10. The Most Expensive Rose Sold for Millions of Dollars

Rose breeder David Austin spent $5 million to create the apricot-hued hybrid over the course of 15 years. Rose Juliet debuted in 2006 at the Chelsea Flower Show and took the floral world by storm not only for its blushing beauty but because it was the most expensive rose ever developed. The Juliet rose sold for $15.8 million in 2006, which also made it the world’s most expensive rose cultivar.

I hope these facts about roses help you enjoy your favourite flower even more! When it comes to roses, there’s more to them than meets the eye. Sure, roses are renowned for their beauty and symbolic meaning, but they’re also an incredibly interesting flower with a rich history. This article only scratched a surface of rose facts, so check out my other posts about roses for more information. 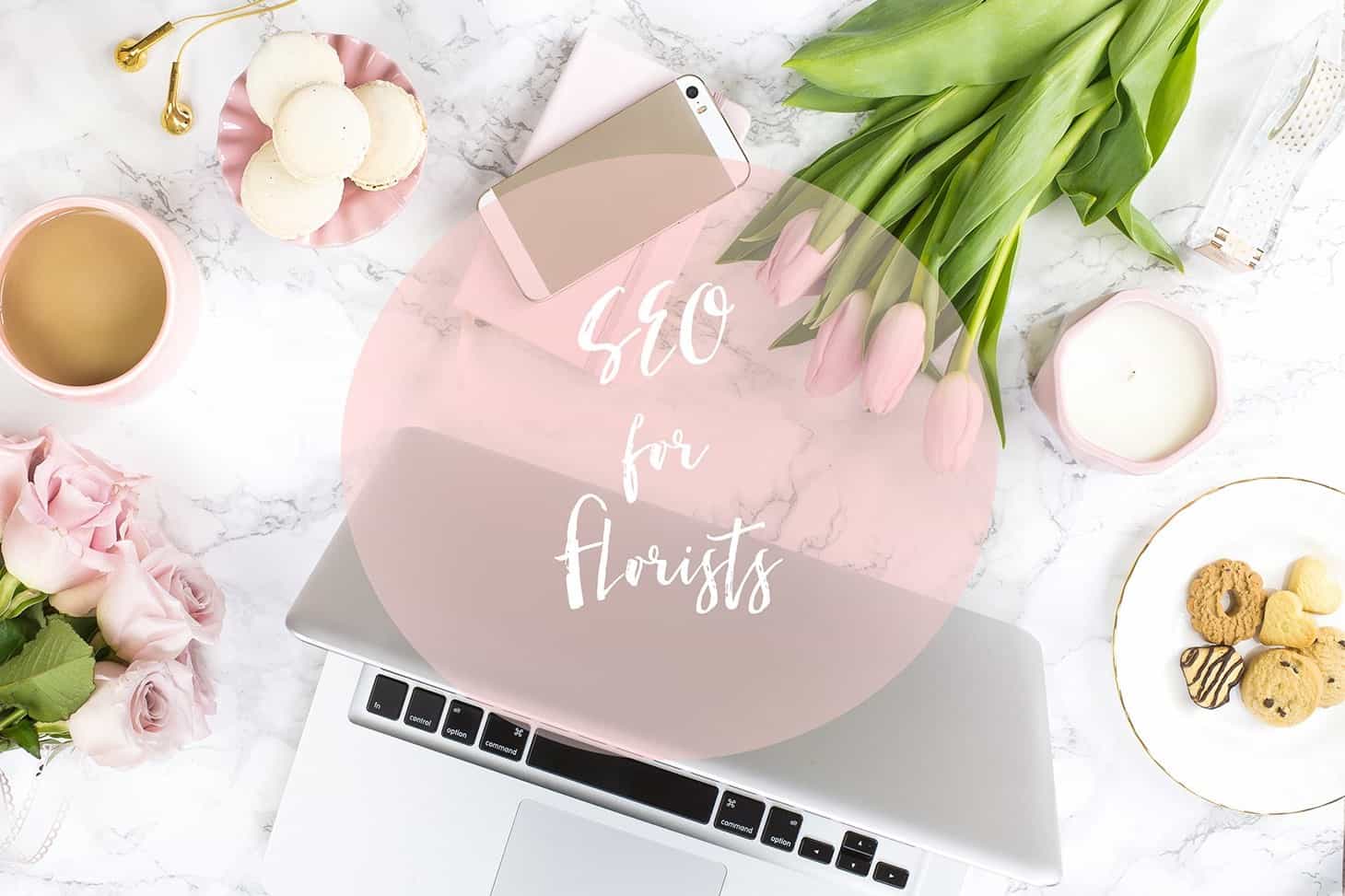 SEO for florists: the truth in three minutes 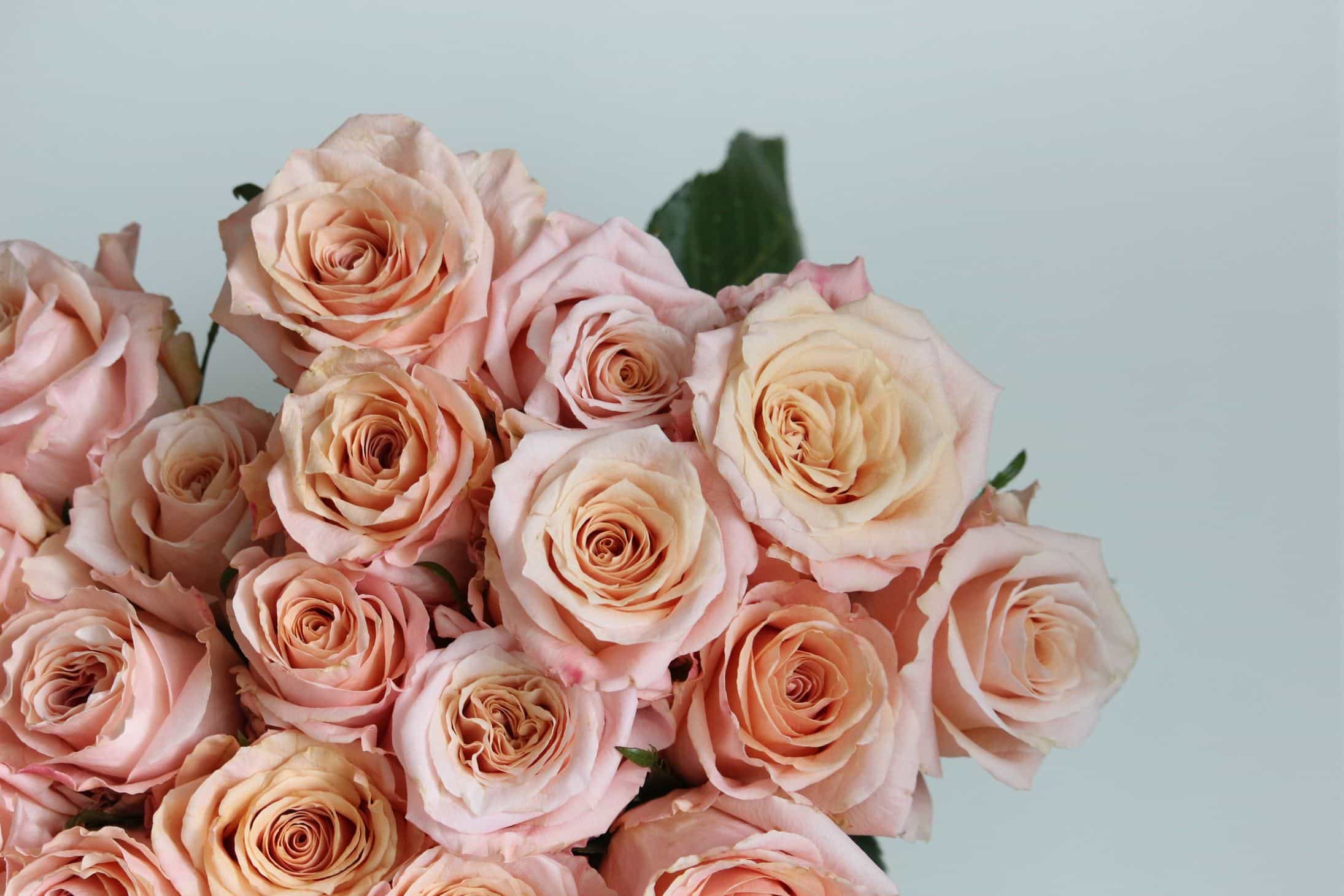 Rose Shimmer a perfect blend of elegance and durability